How do we build for the future? What will buildings look like 10, 20, 30 yrs from now? You’re probably envisioning chrome-plated houses in the sky, or an underground ship a la Matrix Trilogy. The reality, though, is that futuristic buildings are being built today, and, while they may seem relatively unsuspecting from the outside, the technology that they house on the inside is astounding.

I spent the second half of Friday, August 5th on a guided tour of two futuristic buildings recently completed on the Hampshire College Campus. These buildings, built by Jonathan Wright and his team at the Northampton-based ‘Wright Builders,’ are both built to the standards of the Living Building Challenge, which defines the most advanced measure of sustainability possible with today’s technology.

We started at the R.W. Kern Center, seen below:

The tour of the building began in the basement, where we saw some of the inner workings, including the 11 electrical converters which transform the DC power generated by the ~360 solar panels on the roof into AC power. We also saw how water is used in the building, via a catchment system budgeted for use of around 100 gallons per day. The catchment system is also used to water small plant beds throughout the building, pictured below:

Additionally, the building makes use of a dual treatment system so that all greywater can be used.

In terms of sewage, the building uses gravity-assist composting toilets, which have enough storage space for two years worth of compost. “But doesn’t it smell?” I hear you whisper. No, it doesn’t, thanks to small fans that are constantly running to pull smell down from the toilets and release it through the roof.

The material palate in the building is fairly bland by typical standards—but only out of necessity. A requirement of the Living Building Challenge is that all high-density material must be sourced within 500km of the building site. This required that the Kern Center utilized timber from Quebec, local, reclaimed oak for the floor, and a kind of stone called Ashfield Schist, which was sourced just 30 miles away from the site. The relatively singular material palate is far from boring, though. The materials are beautiful, raw, and elegantly fit in with the building’s environment, which makes sense since the building is literally a reflection of the material world around it. The building is a reminder that material complexity is not the only path to visual appeal; sometimes simplicity fits the bill just as well—if not better.

Some interesting additional features of the building are pictured below:

These outdoor venetian blinds help to block out sunlight and keep the building cool during the hottest days of summer.

There are twelve puzzles hidden around the Kern Center, perhaps as a metaphor for the complexity of building a project of this sort. This is the underside of a staircase… I couldn’t figure it out.

Locally sourced Ashfield Schist acting as seats for an outdoor classroom, with one of two massive rainwater collection tanks in the background.

Hitchcock Center for the Environment

The second stop was the Hitchcock Center for the Environment, seen below.

The Hitchcock Center for the Environment has many of the same features as the R.W. Kern Center, since it was also built under LBC standards, and is in essentially the same location. The purpose of the Hitchcock Center is for educating young people on the importance of sustainability. There will be numerous exhibits on the environment catered to young people when the building is completed later this year.

Because the Hitchcock Center was built on top of an old Apple Orchard, in order to comply with LBC standards, much of the pesticide-contaminated soil had to be removed from the building’s footprint. Instead of hauling the soil away, the builders decided to use the soil to serve as the foundation of the parking lot. It is this kind of adaptation that makes projects of this sort worthwhile. Instead of picking the immediate, less thought-intensive route of simply hauling the soil away, the LBC forced those involved to think a little harder, and find a solution that was more environmentally considerate. This sort of thinking drives innovation, and thus healthier, more mindful building projects.

The Hitchcock Center project also serves as an example of the shifting landscape of how building codes interact with these new, more technologically intricate building projects. When Wright Builders said they wanted to build a ‘cistern,’ or, in other words, a 32,000-gallon tank for water storage, they got pushback from the state because you’re technically not allowed to have cisterns as part of building projects. To get around this, Wright Builders essentially crossed out the word ‘cistern’, and instead wrote ‘reservoir’, because there’s nothing that says that reservoirs aren’t allowed. As more and more of these buildings begin popping up, with more and more stringent requirements for construction, it will be interesting to see how building codes adapt.

Often, when people think of Passivhaus, LBC, Green Globes, et cetera, they can’t get past the dollar figure attached to it. “Yeah, these buildings are great, but they’re way too expensive” they’ll say. But when you actually sit down and do the math, the cost of building a structure with this kind of resource efficiency is only about a 10% premium on the regular cost. How is this possible? Well, it’s all about what you want to spend your money on. When architects and builders embark on an LBC-esque building, they are making a conscious decision to not spend all of that extra money on unnecessary materials, and instead spend it on local materials and renewable systems. Instead of having six different kinds of tile in the building, you have local oak throughout, and a high-efficiency curtain-wall system. Instead of spending money on ceiling tile, you leave the mechanicals exposed, and you can afford PV cells. Through their strict requirements, LBC and other certification organizations are facilitating a new kind of minimalist, high-tech aesthetic, where seemingly impossible design challenges give way to innovative, creative solutions—and I love it. 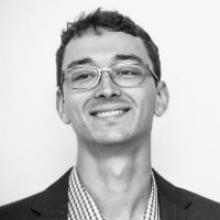